One of the reasons Docker containers and services are so powerful is that you can connect them together, or connect them to non-Docker workloads. Docker containers and services do not even need to be aware that they are deployed on Docker, or whether their peers are also Docker workloads or not. Whether your Docker hosts run Linux, Windows, or a mix of the two, you can use Docker to manage them in a platform-agnostic way.

This topic defines some basic Docker networking concepts and prepares you to design and deploy your applications to take full advantage of these capabilities.

bridge: The default network driver. If you don’t specify a driver, this is the type of network you are creating. Bridge networks are usually used when your applications run in standalone containers that need to communicate. See bridge networks.

host: For standalone containers, remove network isolation between the container and the Docker host, and use the host’s networking directly. See use the host network.

macvlan: Macvlan networks allow you to assign a MAC address to a container, making it appear as a physical device on your network. The Docker daemon routes traffic to containers by their MAC addresses. Using the macvlan driver is sometimes the best choice when dealing with legacy applications that expect to be directly connected to the physical network, rather than routed through the Docker host’s network stack. See Macvlan networks.

none: For this container, disable all networking. Usually used in conjunction with a custom network driver. none is not available for swarm services. See disable container networking.

In terms of networking, a bridge network is a Link Layer device which forwards traffic between network segments. A bridge can be a hardware device or a software device running within a host machine’s kernel. 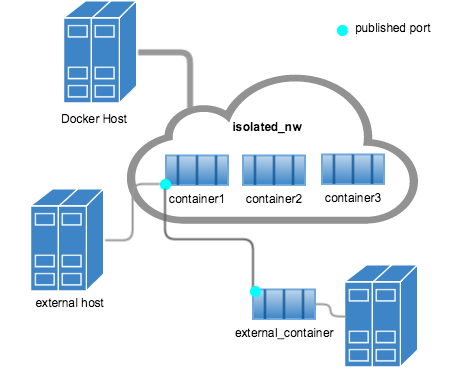 The overlay network driver creates a distributed network among multiple Docker daemon hosts. This network sits on top of (overlays) the host-specific networks, allowing containers connected to it (including swarm service containers) to communicate securely when encryption is enabled. Docker transparently handles routing of each packet to and from the correct Docker daemon host and the correct destination container.

When you initialize a swarm or join a Docker host to an existing swarm, two new networks are created on that Docker host: 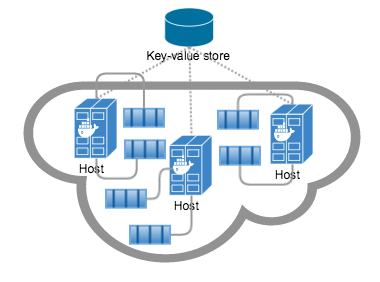 Host mode networking can be useful to optimize performance, and in situations where a container needs to handle a large range of ports, as it does not require network address translation (NAT), and no “userland-proxy” is created for each port.

Docker for Development and Operations